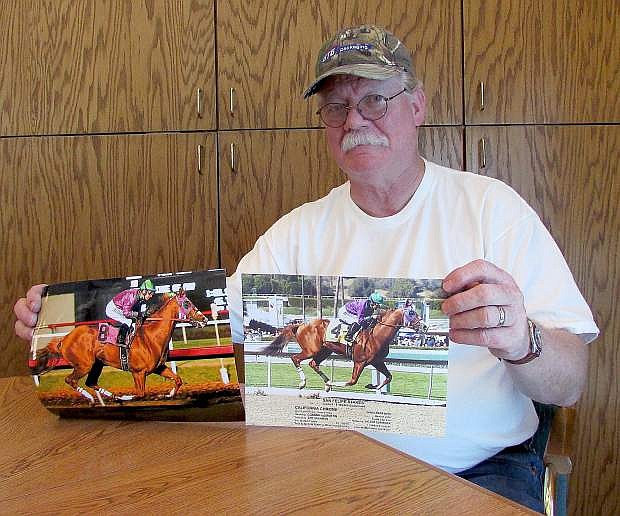 Steve Coburn displays photos of California Chrome, the early favorite to win at the Kentucky Derby on May 3.