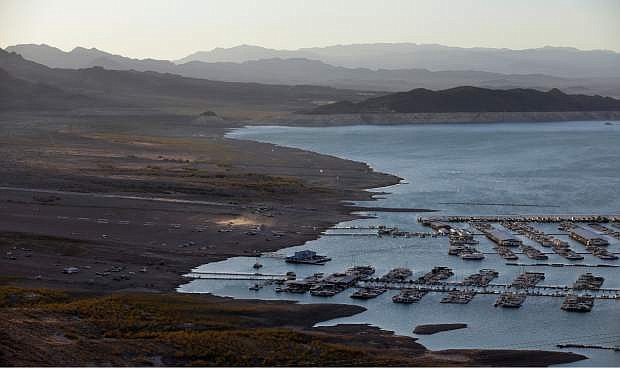 In this July 24, 2014 photo, wind kicks up dust on an area that was once under water at Hemenway Harbor in the Lake Mead National Recreation Area in Nevada. As the lake levels drop the floating marinas move to adjust to the changing shoreline. (AP Photo/John Locher)