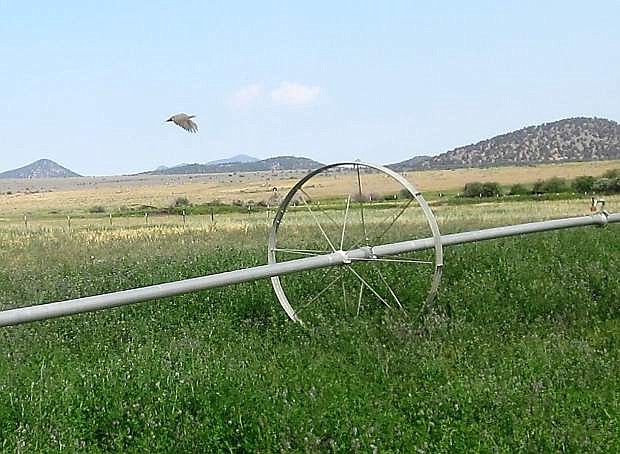 A sage grouse flushes in an irrigated pasture on the Sweetwater Ranch. Owner Bryan Masini said he sees 200-300 birds on the ranch throughout the summer.