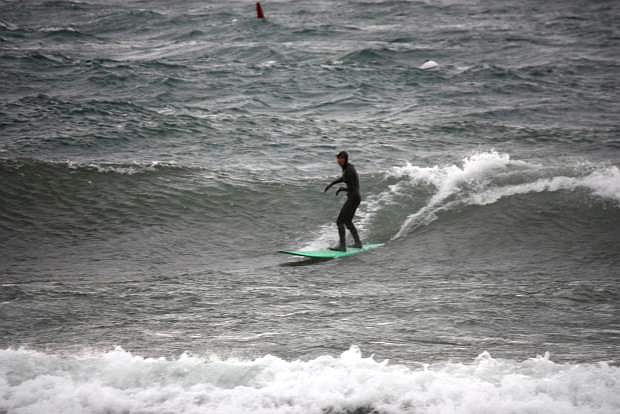 In this photo provided by the Placer County Sheriff a lone surfer catches a wave caused by high winds in Lake Tahoe, Calif. on Thursday, Dec. 11, 2014. Winds gusting to 140 mph through Sierra Nevada passed ahead of a powerful Pacific storm, damaging homes and a church in South Lake Tahoe, closing schools, and grounding commercial airline flights in Reno. (AP Photo/Placer County Sheriff)