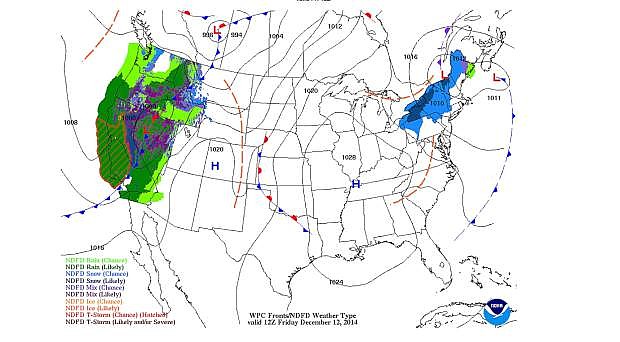 This weather graphic shows how the low pressure system from Alaska will eventually envelop the West by Friday, with heavy rain and snowfall predicted for the Sierra.