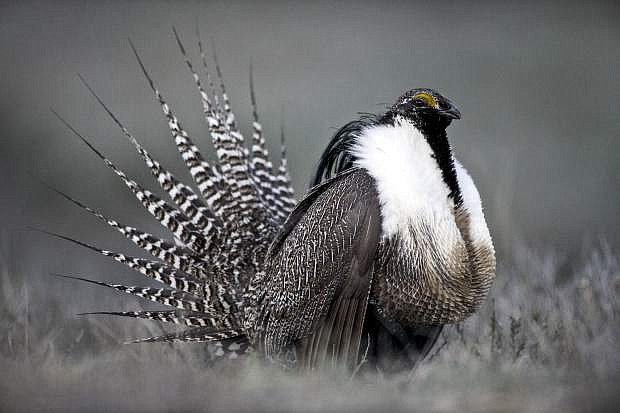 FILE - This April 2014 photo provided by Colorado Parks and Wildlife shows a Gunnison sage grouse with tail feathers fanned near Gunnison, Colo. U.S. officials say they will decide next year whether the wide-ranging Western bird species needs protections even though Congress has blocked such protections from going into effect. That means wildlife officials could determine the greater sage grouse is heading toward possible extinction, but they would be unable to intervene under the Endangered Species Act. (AP Photo/Colorado Parks and Wildlife, Dave Showalter, File)