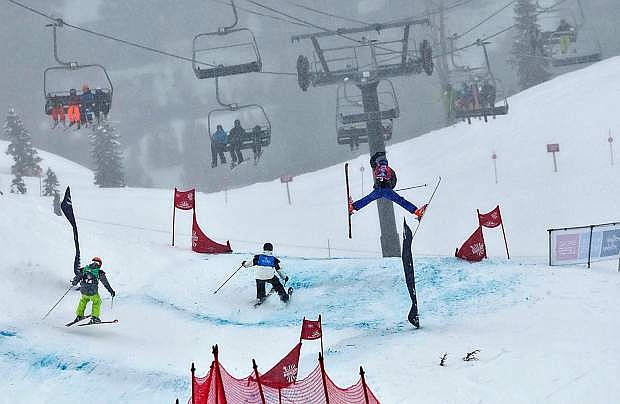 John Lange earns himself a $100 credit toward an Alaska Airlines flight with this stylish crotch grab off the Alaska Airlines Flight Deck during the KT-22 Banzai at Squaw Valley on Sunday.