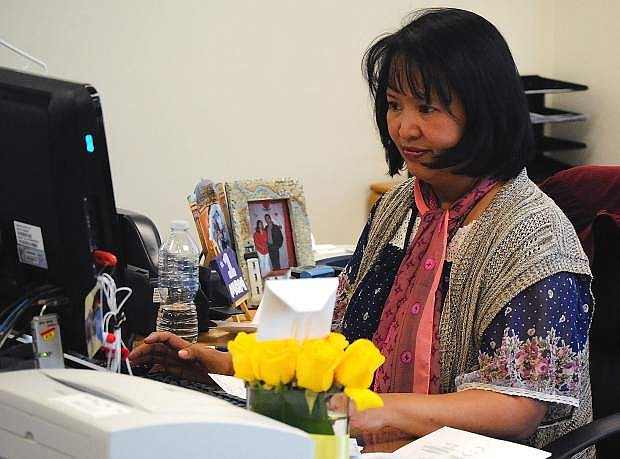 Churchill County Deputy Clerk/Treasurer Jackie Bauman goes over her workload on Wednesday. Today is the final day for candidates to file for office.