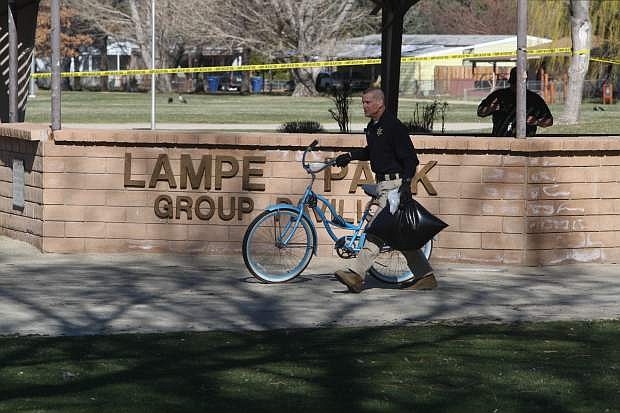 Evidence is collected from Lampe Park where a dead body was discovered in the creek that runs through the park on Monday morning.