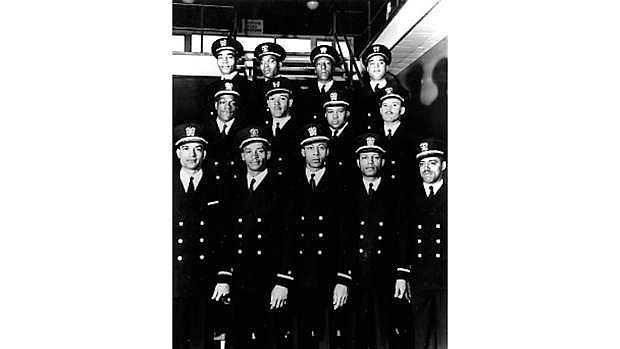 In February 1944, the Navy commissioned its first African-American officers. This long-hoped-for action represented a major step forward in the status of African-Americans in the Navy and in American society. The twelve commissioned officers, and a warrant officer who received his rank at the same time, came to be known as the &quot;Golden Thirteen&quot;.