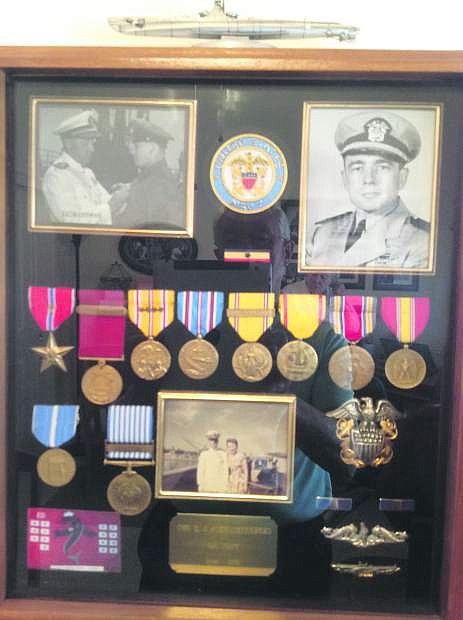 The picture in the upper left is Rear Admiral Lockwood pinning the Bronze Star on Chief Delmar J. Schwichtenberg. The first red ribbon with the vertical blue strip on the left in the top row of ribbons is Del Bronze Star.