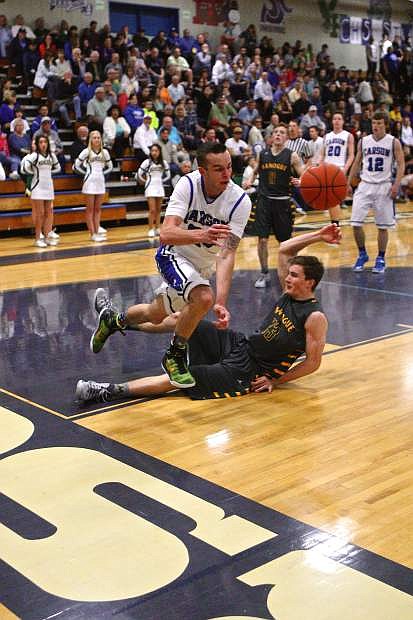 Carson senior Cameron Price gets fouled by Manogue&#039;s Justin De Geus in a double-overtime win for the Senators Thursday night.