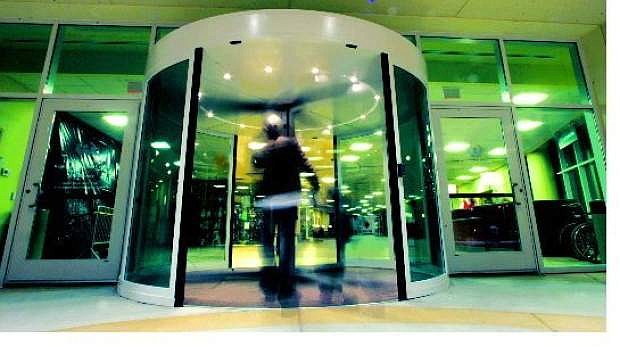 BRAD HORN/Nevada Appeal Volunteers greet patrons of Carson Tahoe Regional Medical Center as they enter the front entrance and into the lobby.