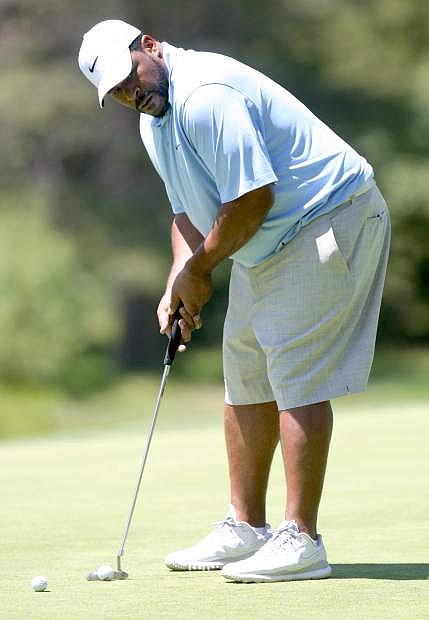 Jerome Bettis works on his putting during a practice round on Tuesday.