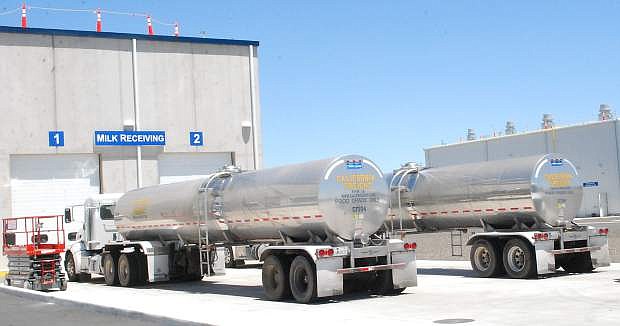 Tankers wait to unload their milk on Tuesday at the new Dairy Farmers of America milk ingredient processing plant south of Fallon.