Pack left out of NCAA tourney 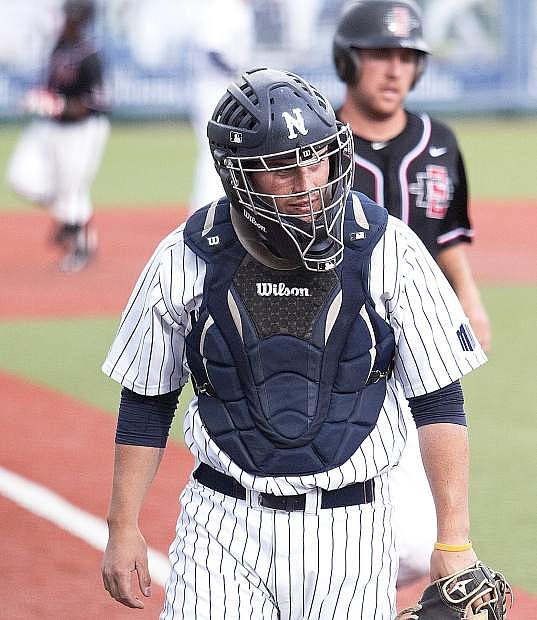 Nevada catcher Jordan Devencenzi looks to his dugout after San Diego State&#039;s Justin Wylie (back) hit a two-run homer to drive in teammate Spencer Thornton (behind) in the eighth inning on Friday.