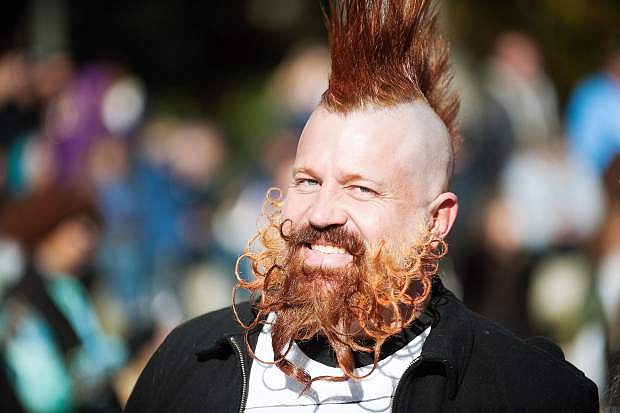 Mike Powell, winner of the Best Groomed category watches other contestants during the Nevada Day Beard Contest on Saturday, Nov. 1, 2014 in Carson City.