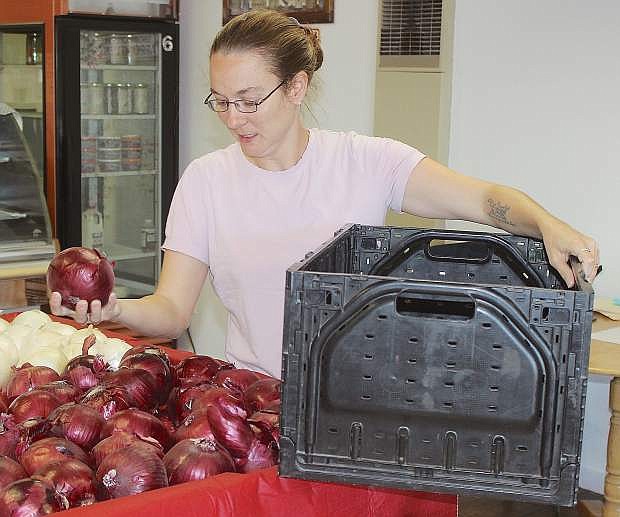 Frances Bourque, store manager of the Fallon Food Hub, begins to place onions from Peri and Sons in a food basket.