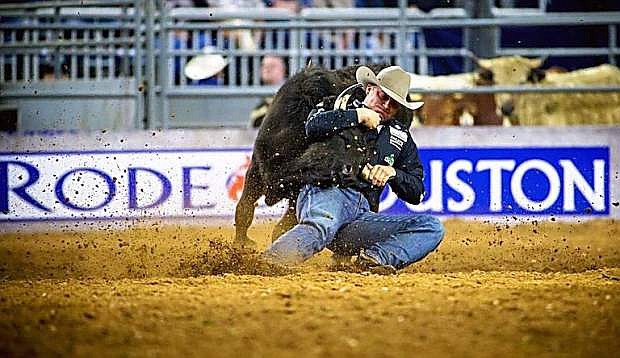 Elko steer wrestler Dakota Eldridge wins the Championship Shootout of RodeoHouston on March 19 with a run of 5.0 seconds. The run pocketed Eldridge $50,000, earning $56,750 in total at the rodeo.