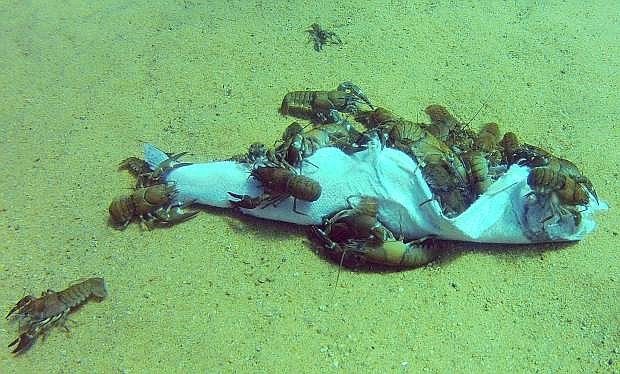 Crawfish chow on a dead mackinaw in Lake Tahoe off Sand Harbor last summer. The lake&#039;s famed clarity decreased by about 5 feet in 2015, scientists reported this week.