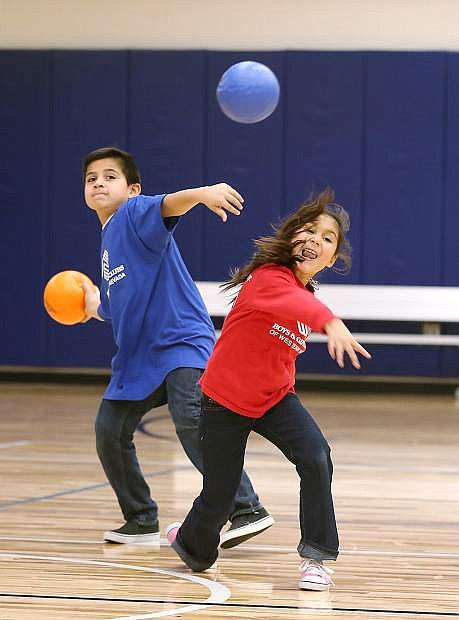 Boys and Girls Club of Western Nevada members play dodgeball at the MAC earlier this year.