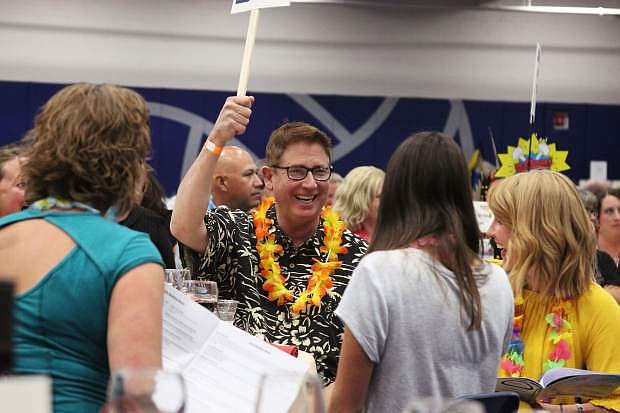 Bill Calhoun raises a paddle during the live auction, one of the most popular and enduring events at the Boys &amp; Girls Clubs of Western Nevada Luau each year. The live auction portion of the event raised well over $60,000 this year.