Daily fantasy sports could make a comeback in Nevada 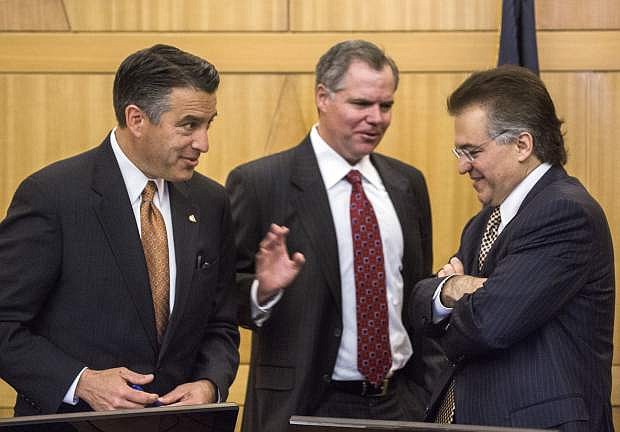 FILE - In this May 13, 2016, file photo, Nevada Gov. Brian Sandoval, left, Bill Murren, CEO of MGM Resorts International, and Tony Alamo, chairman of Nevada Gaming Commission, talk during the Gaming Policy Committee meeting to discuss &quot;esports&quot; in Las Vegas. Daily fantasy sports websites are trying to get legal after a series of state-level setbacks that shut them down in some parts of the country, but decision-makers in the gambling mecca of Nevada indicated they won&#039;t be bending too far backward for the companies. (Jeff Scheid/Las Vegas Review-Journal via AP, File)