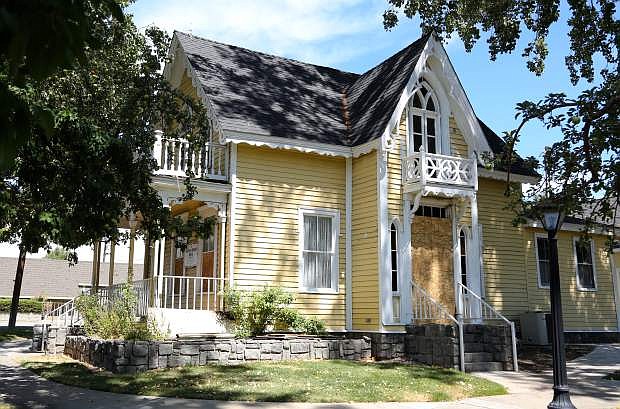 The Foreman-Roberts House on North Carson Street is boarded after two fires were deliberately set damaging the historic home.