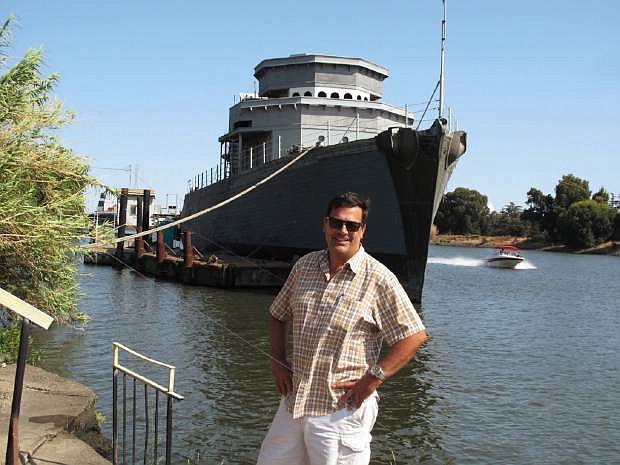 The USS Lucid and David Rajkovich, president of the Stockton Historical Maritime Museum Assn., are photographed at the Sacramento River pier where the ship is undergoing rehabilitation and partial reconstruction.