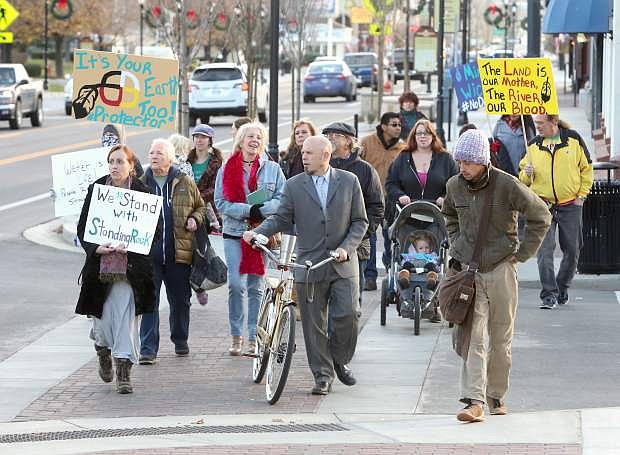 About 25 people march through downtown on Monday afternoon to show their support for the Standing Rock protest in North Dakota.