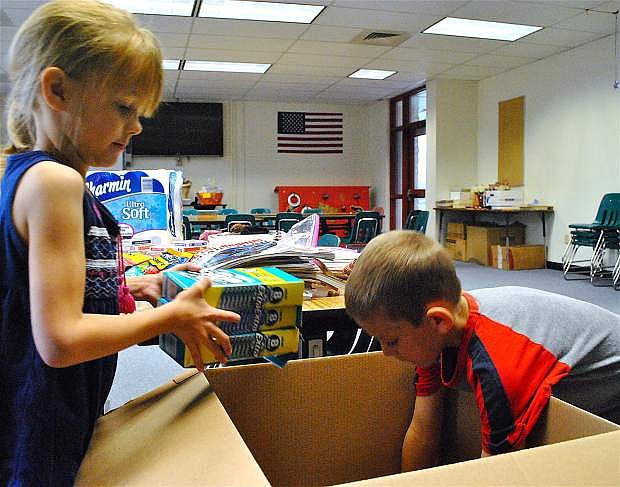 Lahontan Elementary School first-graders Ruth Fisher, 6, left, and Jace Few, 7, pack a box almost as big as they are to send to Nevada Army National Guard units stationed in Kuwait during Christmas.