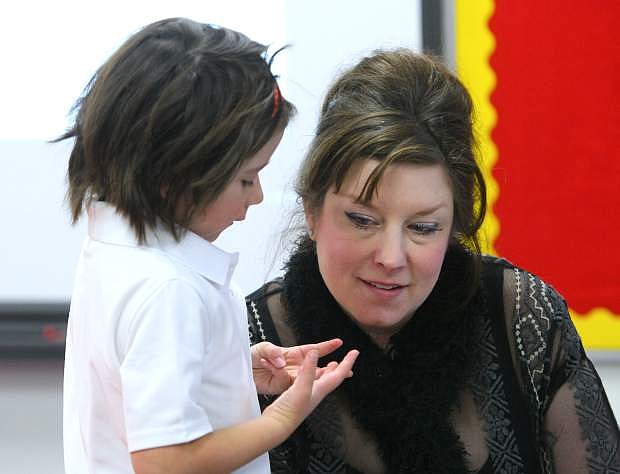 Tailynn Baratti, 5, a pre-K student at Fremont Elementary school, counts to ten for her teacher Tanya Caron on the first day of class Tuesday.