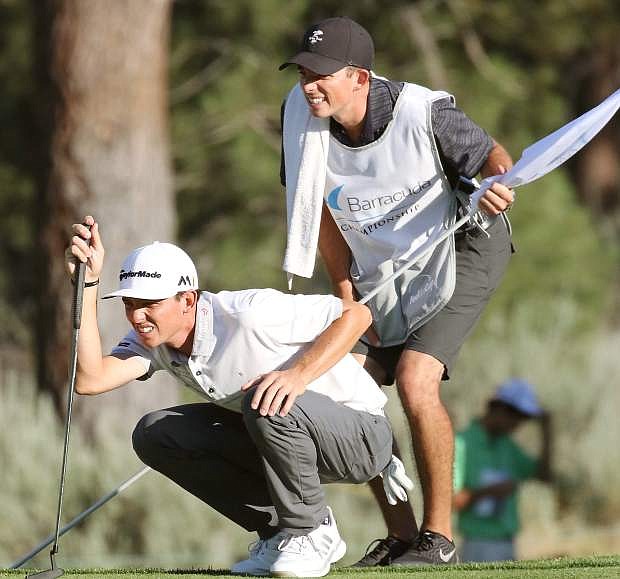 Scott Smith, left, and brother/caddy Shane, survey the green before lining up to putt in Friday&#039;s round at the Barracuda Championships in Reno.