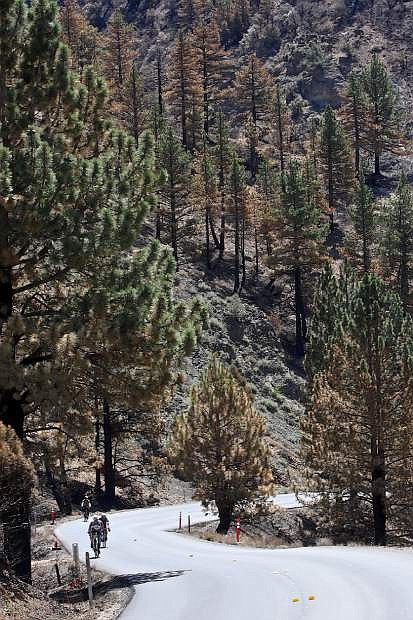 Death Riders make their way north amidst the destruction of the Washington Fire on Highway 89 after having climbed both Monitor and Ebbetts passes during the 2015 Death Ride, Tour of the California Alps.