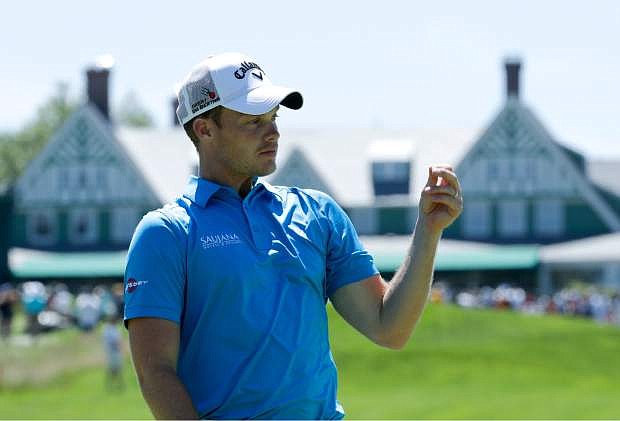 Danny Willett, of England, watches his putt on the 10th hole during a practice round for the U.S. Open golf championship at Oakmont Country Club on Tuesday, June 14, 2016, in Oakmont, Pa. (AP Photo/Charlie Riedel)