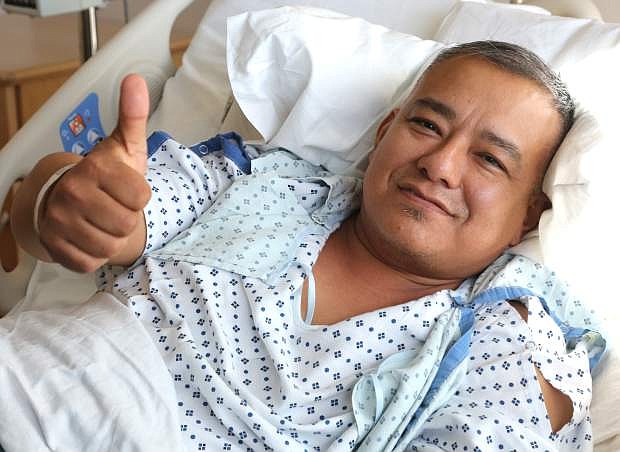 Richard Torres, 46, gives a thumbs up from his bed at the Carson Tahoe Regional Medical Center after casting his ballot on Tuesday.