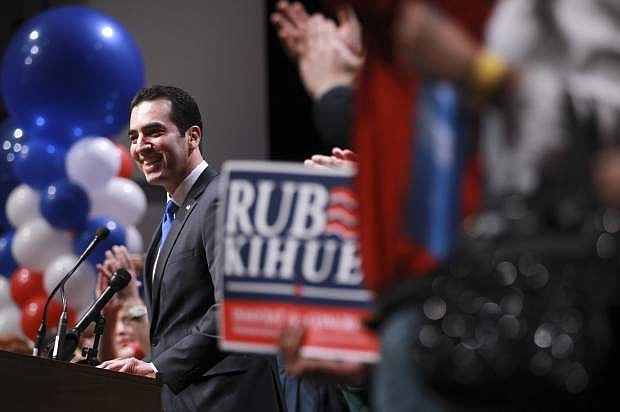 FILE - In this Nov. 8, 2016, file photo, Rep. Ruben Kihuen, D-Nev., speaks to supporters after his victory at an election watch party in Las Vegas. Nevada has become an election case study for Democrats after it went blue while much of the country went red. The purest success story for the &quot;Reid machine&quot; is Kihuen, a Mexican immigrant and son of a casino housekeeper who unseated an incumbent Republican congressman with help from heavy-hitting fans, Sen. Harry Reid, Bill Clinton and the formidable, highly immigrant Culinary Union that represents casino workers like his mom. (AP Photo/Chase Stevens, File)