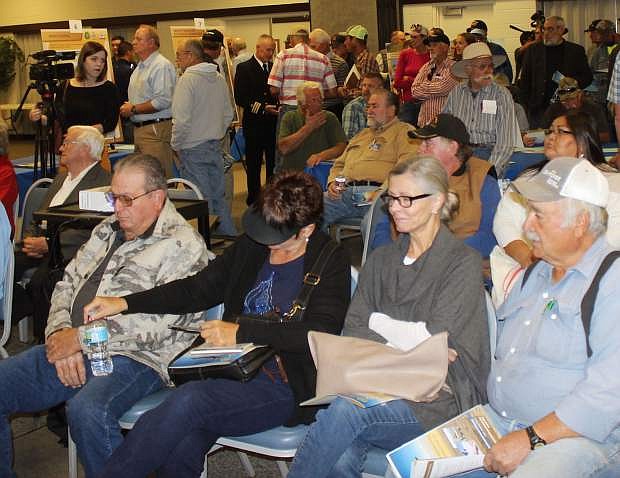 More than 100 people attend a scoping meeting on Monday to learn more of a Navy and DOD proposal to withdraw additional land for training.