Wave, Incline battle to a tie 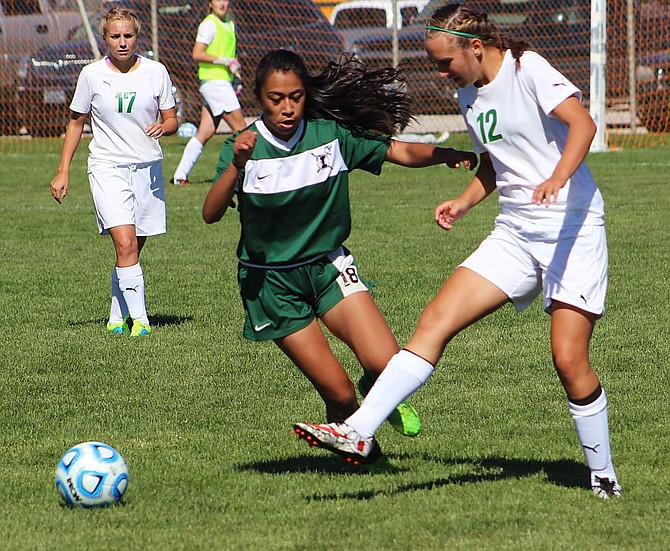 Mayla Dahl passes the ball in front of an Incline defender in Saturday&#039;s 3A match.