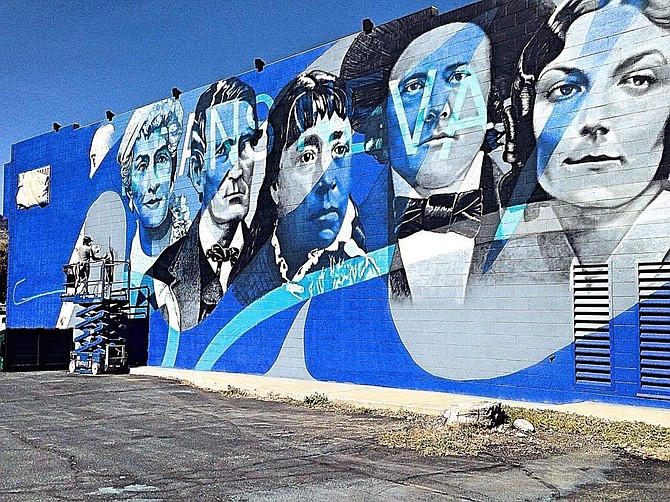 The mural painted on the south end of C-A-L Ranch store, facing east of Winnie Lane from N. Carson Street, is expected to be complete Tuesday or Wednesday.