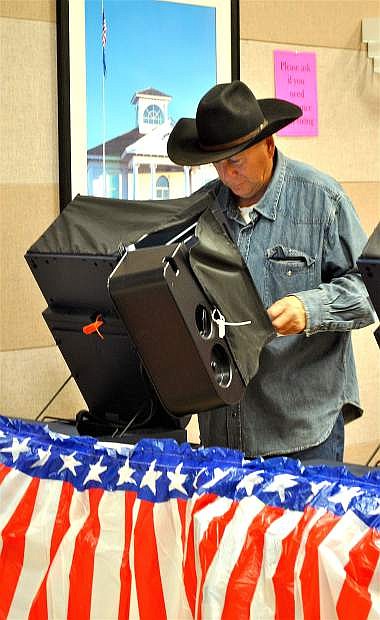 Tom Tijerino votes early on Monday afternoon, having brought his notated sample ballot with him to the Churchill County Commission Chambers. About 1,400 voters had shown up since early voting opened Saturday, said Deputy Clerk Erin Montalvo.