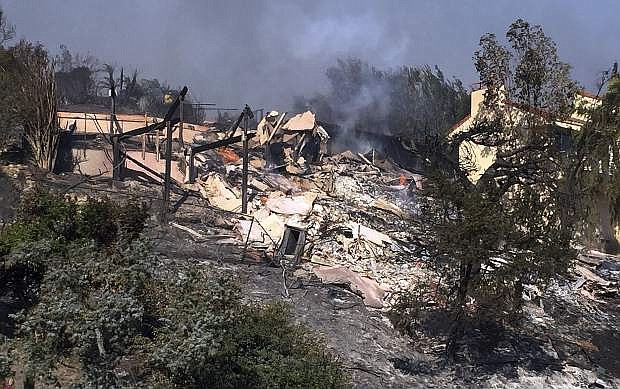 Bob Pazen&#039;s home is a smoldering ruin after after a wildfire swept through Ventura, Calif., Tuesday, Dec. 5, 2017. Pazen was in bed Monday night when his son came in and told them they needed to evacuate. Pazen, his wife, son and the family dog evacuated from the home, grabbing just a few pieces of clothing and jewelry. When he came back to check on his home Tuesday morning, his house was fine, but when he returned later, the house was fully engulfed in flames. (AP Photo/Amanda Lee Myers)