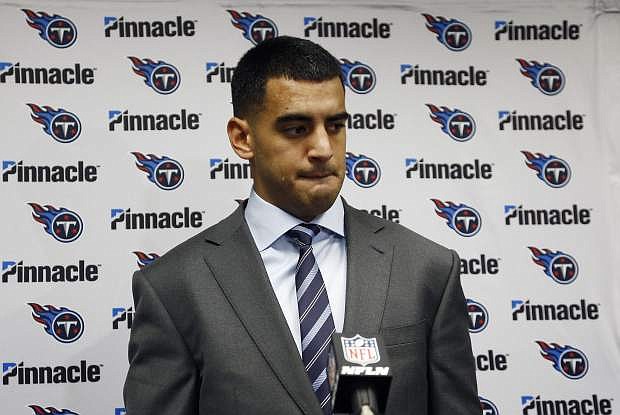 Tennessee Titans quarterback Marcus Mariota listens to a question during a news conference on Dec. 10.