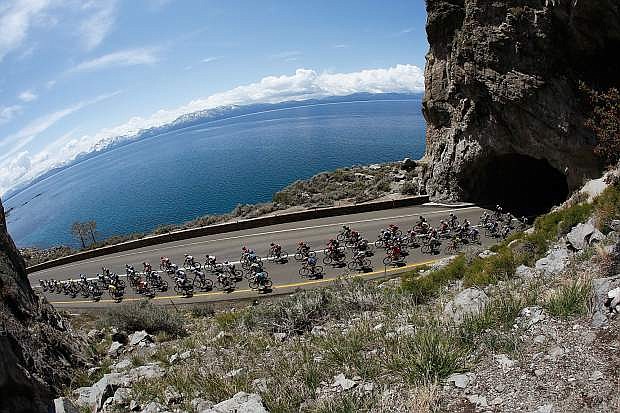 Cyclists race around Lake Tahoe during stage one of the 2015 AMGEN Tour of California Women&#039;s Race in Douglas County, Nevada.