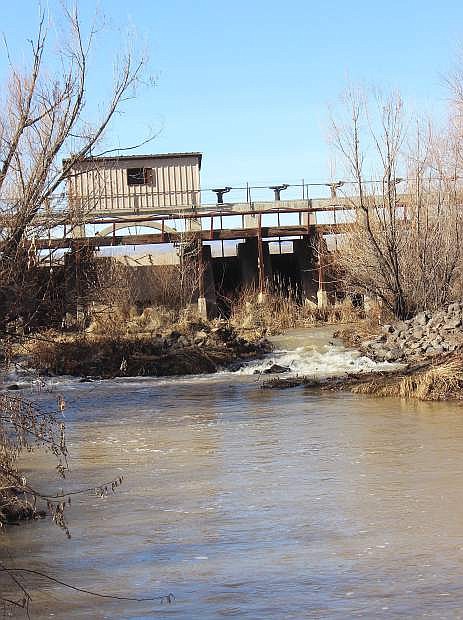 Water flows back into the Carson River at Diversion Dam.