A day in the life of a school bus driver 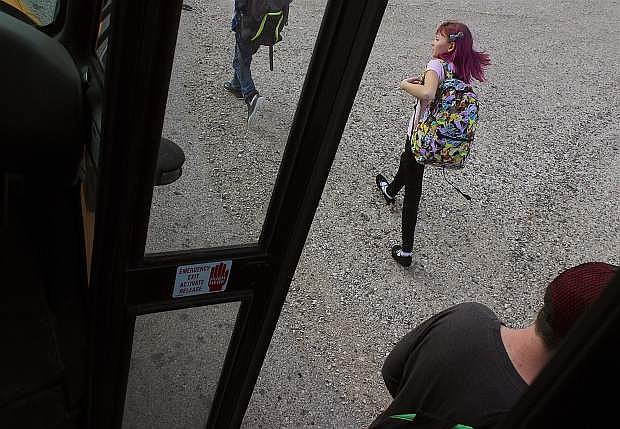 Fourth-grader Anastasia Phay disembarks her ride home at the end of a school day.