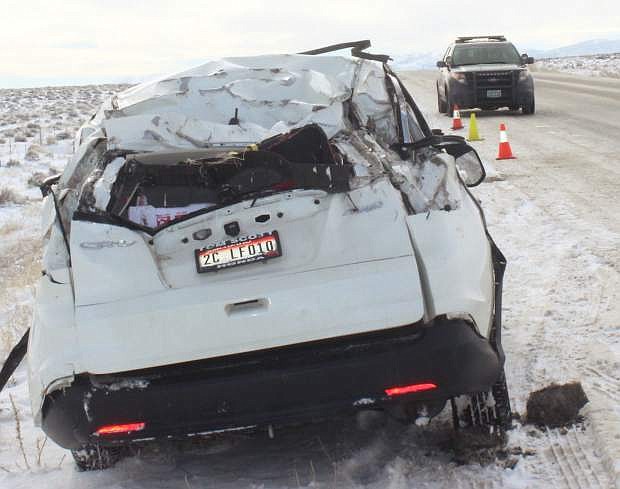 An out-of-state driver rolled his vehicle near the Churchill-Lyon County line Friday morning.