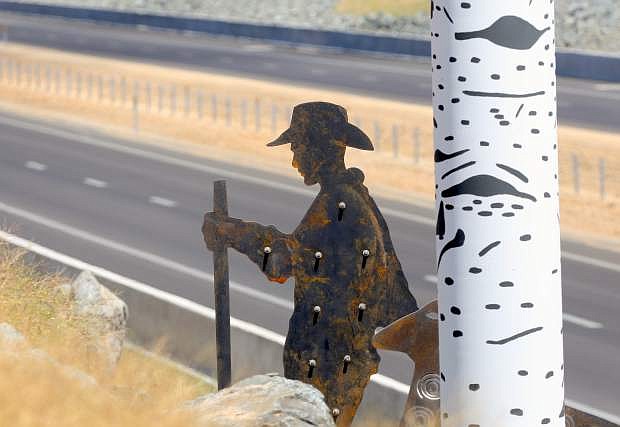 Art work has been installed along the new 580 bypass.