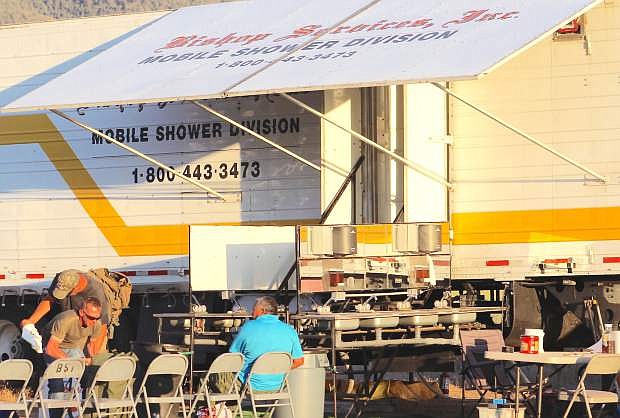 A trailer provides 12 showers at the camp.