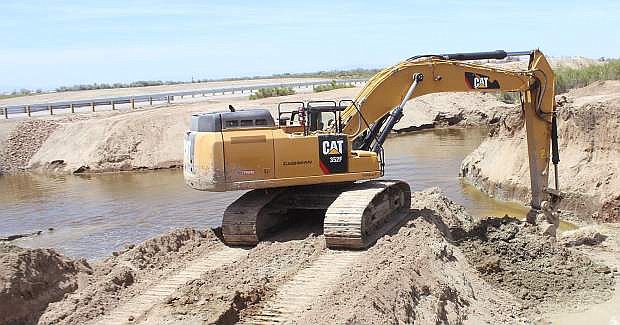 An excavator removes a piece of dirt to allow water to flow in the &quot;Big Dig&quot; channel.