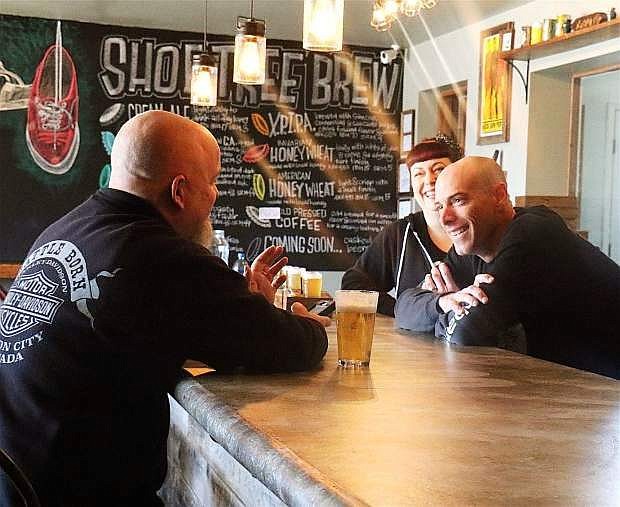 Jeff and Jessica Young talk to a customer at the Shoe Tree Brewing Company bar and tasting room.