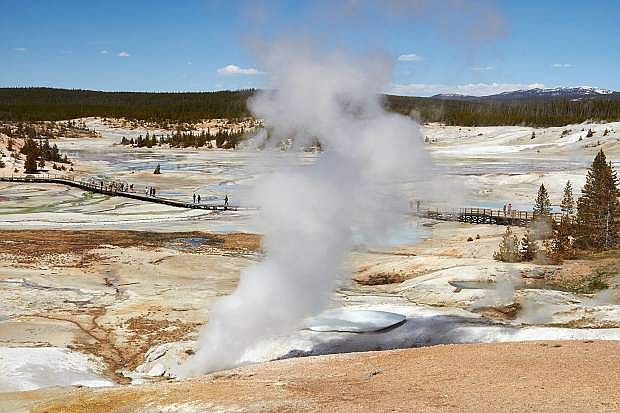 Overview of the many geysers scattered across the Norris Geyser Basin in Yellowstone National Park.