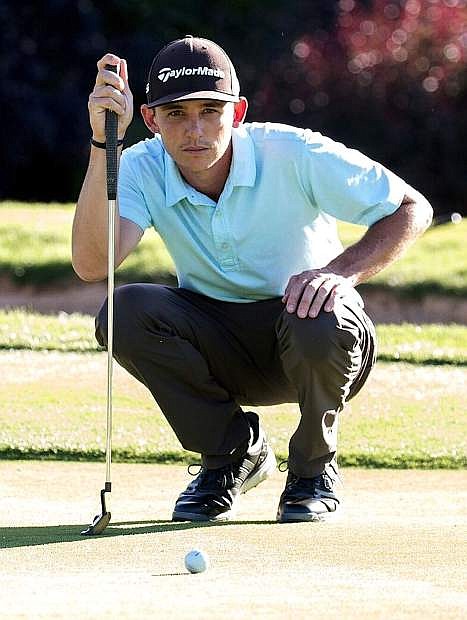 Scott Smith considers his shot at the green. He will be competing in this year&#039;s U.S. Open.