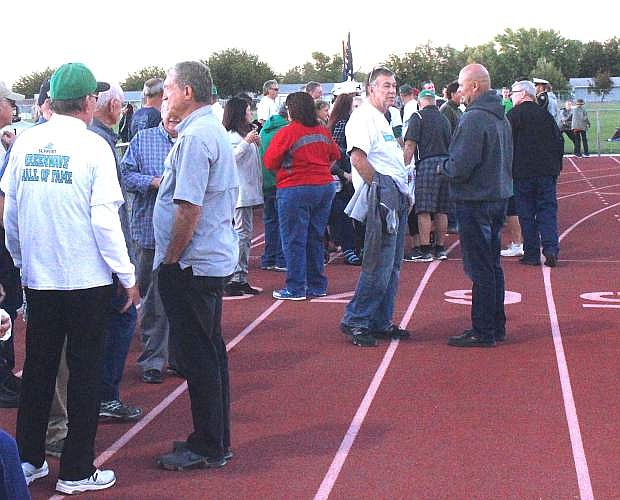 Hall of Fame inductees chat prior to being introduced at the homecoming football game.